A rather strange title for today’s post, but you’ll soon find out all about it. I first wanted to mention though that the crazy kiwis have now built a new monument for me. It’s on the highway from auckland airport to city centre and of course entirely made of bronze. Though even this doesn’t really do justice to my seamlessly tanned steelbody. But anyway, they built this monument and it shows me (of course) performing a hang ten on a shortie. Though i must say that longboards are ok too, don’t wanna discriminate against the losers that ride ‚em, haha. Today I went parasurfing, that is, you jump out of a plane with a parachute and your board, cut off the chute a few meters above sea level and then ride the waves. This is only for die-hard pros like me of course, I even flew the plane myself. Alabama! Where did that come from again? It’s all Jen’s fault … . Alabama!

Now, surely you’ve all been dying to learn the secret of tuffy tuffmaster and the weagles. I’m sorry, but I’m not at liberty to disclose this information, it’s classified. My name is Jack Bauer, events occur in realtime. A weagle would be a cross between a beagle and a weka. Two extremely sweet, extremely useless, nosy, and not too intelligent animals I might say. I’m slowly transforming into one, I’m afraid. Yesterday’s hike to the Rob Roy Glacier Valley was very, very beautiful, amazing views! Today we climbed up (and down) the ingeniously named Rocky Mountain, which was again a good leg-stretcher. All to get the Reisebegleitung in shape for the 3-day-tramp in a couple of days. Ausserdem am Start: real-fruit ice-cream in Massen, Apple-Cinnamon muffins, and Mao Burgers. Not too bad, eh?

Another tale that has the potential to become a never-ending one is the tale of the missing drivers’s license or, as my mate Snoop Dogg would say, screw-them-nz-post-bitches. I paid seven dollars at the Picton post office to forward the license to Wanaka. In Wanaka they hadn’t received the letter and upon phoning the Picton branch they found out that they had forgotten about it, it was still lying around there. Now Wanaka will forward it to Dunedin. So I’ll probably be able to pick up my license after we’ve returned the car. How fucked up is that?

Anyway, more pictures for you. 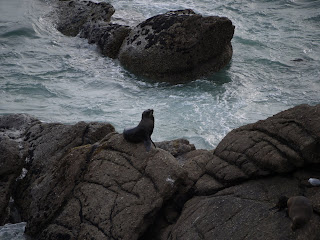 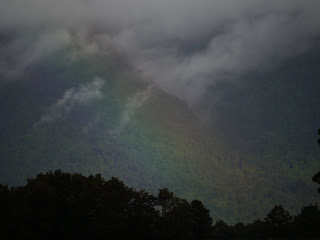 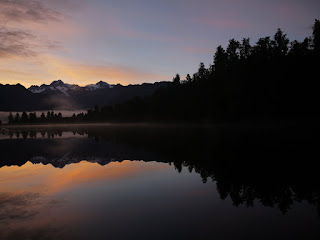 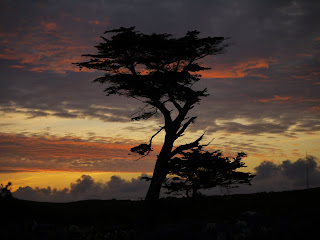 Sunset at Cape Foulwind, view from our living room 🙂 : 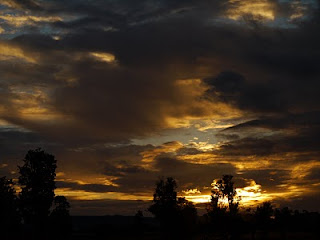