Man, I had recurring nightmares of bearded men with pointy hats fucking sheep for a couple of days. That movie should really be x-rated! Luckily, we had a good time to make up for it. Xmas was a bit of rain and a bit of sun, so no really long tracks, which suited the Reisebegleitung very much, but still fantastic views. We had Whangarei Botanic Gardens, which are in an old quarry site for ourselves on the 25th, we went there when the sun came out after a shower and it was stunningly beautiful. 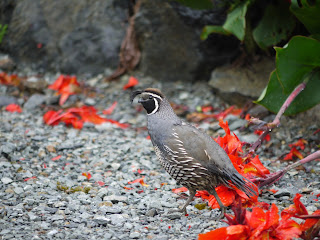 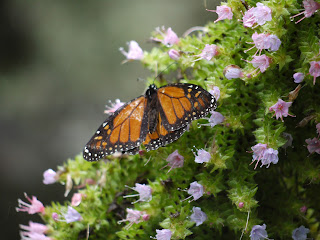 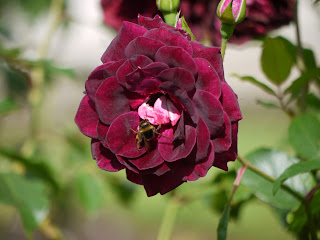 And no four legged creatures to sodomize. 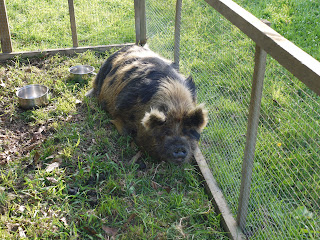 Ocean Beach was dramatic, nice waves and nice dunes to run up and down. And not a soul around. To me, Whangarei is one of the most underrated parts of NZ, which is kinda nice since you have a lot of unspoilt, uncrowded places, some of the nicest beachest and walks I’ve seen … . We stayed at a very nice B&B, Kauri Villas, great location on Whangarei Heads and great breakfast, I’m still dreaming of Drew’s homemade marmalade.

After three days, we headed further south to the Waitakere Ranges, only 20 minutes west of Auckland, but so remote. I mean, you drive ten minutes and all of the sudden you’re out of the „metropolis“ and in the „jungle“. What a nice forest, very lush and heaps of walking tracks! Add to this three of the nicest beaches I’ve ever seen, black sand ones, too – Piha, Karekare, and Te Henga. And again, not too many people around, especially Te Henga is miles of black sand all to yourself. Lovely. We met a couple on the beach and I asked them what place they would recommend for dinner and they straight out invited into their house. We had a lovely evening and no four legged creatures were harmed in the production of this story. Auckland‘ West Coast is really, really kick-ass and again underrated/underexposed, which is fine with me, keeps the assholes away. No bungyjumping there, harhar. Go fuck yourself Kiwi Experience. We stayed at another lovely B&B, Abode de Fleur, right on the Scenic Drive road and again the breakfast was great, I adore Janice‘ cooking!!! We hiked a bit through the rainforest, not as long as I would have liked since it live up to it’s name and it, well, rained or rather drizzled. We were lucky enough to have clear patches when we visited the beaches though.