The last four days of our trip offered quite a lot of variety. Mt Field was pretty, although the weather prevented us from hiking the alpine trails, but the waterfalls and forest further down was a good alternative. Also, quite to our surprise, the food at the National Park Hotel was decent. It was pub food, lots of fries with everything, but honest and at pub food prices. No rip off, no wine list, no table-fucking-cloth. ☺ Unfortunately, the same cannot be said for our accommodation in Maydena, Giants table cottages. Not so great, if the Hitler rating system was still in place, they would have scored way low…

Anyway, we spent our last two days in Cygnet and stayed at a fantastic B&B, Cygnet’s Secret Garden. Wonderful, great breakfast with homemade yogurt and jams. Also not too far from the Hartz mountain national park, named after Peter Hartz. This was a decent place for ‚last hike before flying home‘, nice lakes along the way, and a priest with a minivan full of nuns, all of them in wide robes scrambling up to the summit, and then for some catch-a-barra later on I reckon.

We found a lovely cafe on a side road from the Huon highway, „My slice of the pie“. Cherry-apple crumble to die for! We also checked out the Salamanca market on Saturday and, well, please don’t hate me dear people of Hobart, but it’s overhyped. Yes, there’s some interesting stands, and yes, there’s way more food than at the bloody taste of Tasmania festival, but still so many stands selling rubbish made in China. A bit like winterfeldmarkt but bigger. We had lunch before heading out to the airport and discovered a real gem on our last day: Doctor Coffee at Salamanca square. Lovely food. Although I also have to praise the giant Blueberry-banana-pistachio muffin I enjoyed at the crazy loud machine laundry cafe.

Music wise this was a rather conservative vacation, but this time we had not just one, but two holiday hits. The usual Love me til it hurts by Yellow Claw. The Reisebegleitung has finally recognized the brilliance of this tune and started singing along to the refrain. And I also dug out a classic to give us a bit of variety, Up with the cock by Judge Dredd. Fuck autocorrect.

Flying back was a looooooong haul, Hobart to Sydney, Sydney to Haneda, Haneda to Heathrow, Heathrow to Berlin. Oi. The domestic Qantas flight was very pleasant, Qantas domestic economy is light years ahead of anything we have in Europe. One day LH and BA will wake up and find that they have degraded their product so far that people might as well fly Ryanair or easyJet. Come to think of it, we’re already there. My last to trips to AMS for example were on easyJet and the flight was on time, staff was friendly, the plane was clean… Anyway, not my fucking problem. Premium economy from Sydney to Tokyo was OK, too, Qantas has way more legroom than BA. Unfortunately and stupidly oneworld airlines no longer interline bags so we had to pick up our luggage at Haneda and check it in again with BA. But who cares when everything is so superfast and superefficient in Japan? Took us just a few minutes. The Tokyo to Berlin leg was dedicated to binge watching the entire sixth season of GoT, there are worse ways to pass the time. And there are worse things than flying first class. 😁 Tegel surprised us pleasantly as well, luggage arrived fast (!) and nothing was missing (!!). One last note, BA’s European business class is, well, I’m lost for words. Embarrassing? A disgrace? Sad?

Anyway, that was that. Looking back, I enjoyed most: Bay of Fires, Cradle/Lake St Clair, and the Tarkine. Thank you, Tasmania. Thank you, Japan. Biggest disappointment was Hobart, though disappointment is too strong, more like overpromise and underdeliver. Probably because the head of marketing was trained in the US. 😁 Also Freycinet National Park, not that exciting, Bay of Fires is much nicer methinks. Generally speaking, a lot of eateries and accommodations are overpriced and don’t deliver. Might sound harsh, but that’s the truth. I accept that you pay extra for remoteness etc., but still, not good enough. Also, I found a lot of these establishments to be too American. By using „American“ I mean that there was no or not enough love. I’ve thought long and hard which adjective to use for this property, „American“ seems to be the perfect word. Sad but true.

But I really don’t want to end this on a negative note, America will destroy itself anyways, at least it looks that way at the moment. 😁

What better way to end a tale of travel in Oz than with a Tony Abbott quote. 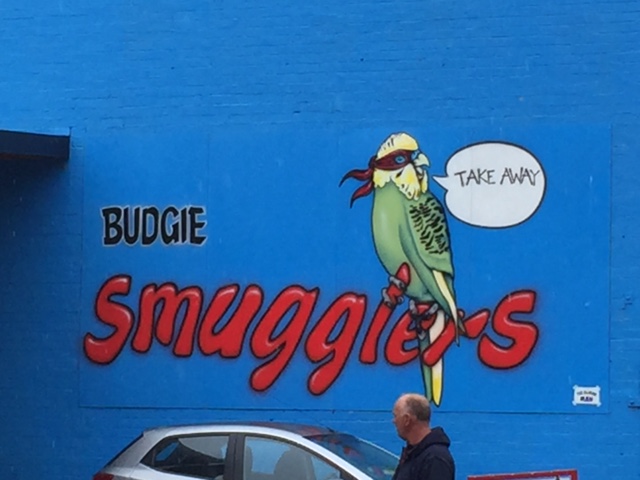