Singapore Airlines, the bestest airline in the world, has launched a couple of new routes using their new A-350 and there were some niiiiiice ticket prices around for the inauguration. 🙂 So we hit the „book now“ button and scored a nice short holiday, which we spent mostly in Bali and also a couple of days in Singapore.

We’d been to Bali before in 2015, but only for a few days. Back then, we stayed on the west coast near Seminyak. This time, we opted for the more quiet area of the east coast, north of Sanur. By chance I stumbled upon a small hotel/resort called „The Samata“ which had a one-day discount deal. This was one of the rare instances where I actually was on the right website at the right time. So again, click „book now“ and smile.

But first things first. Getting to Dusseldorf was the part I was most worried about, since Air Berlin is completely fucked up. I spent some extra money to move to the earliest flight and we got there in time. From then on, smooth sailing all the way. The SIA economy cabin is better than all the premium eco cabins on other carriers and the IFE screens are better than the BA C product for example. Embarassing for BA for sure. Everything was perfect, it’s such a pleasure to fly with SIA that I’m not even looking at other airlines anymore when flying to/through Asia and I’m happy to pay more. Transit in SIN was smooth as usual as well, and then finally Bali. DPS has become a beautiful airport over the years, we were picked up by a drive from the hotel who expertly navigated the crazy traffic and delivered us safely to The Samata. What a beautiful place! I had seen the pictures and read the reviews, but was still stunned … wonderful rooms, wonderful areal, wonderful people! We had a room with „daily massage included“ – decadent, I know, but fuck you. 🙂 Me liked very much. They also had a professional gym, three nice pools, a nice restaurant, are in walking distance from the (black sand) beach and can organize just about everything for you. On top of that, it’s blissfully quiet. The perfect place to relax and recharge. 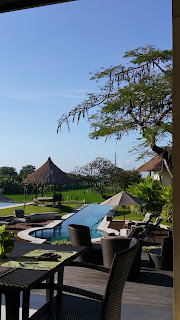 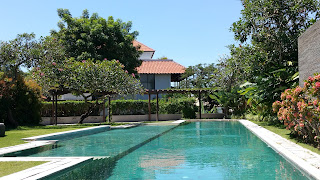 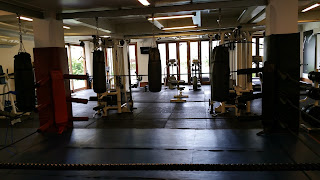 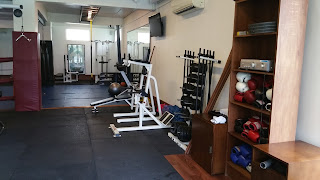 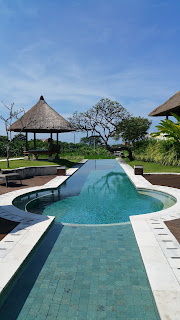 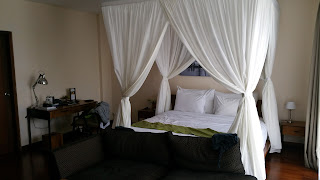 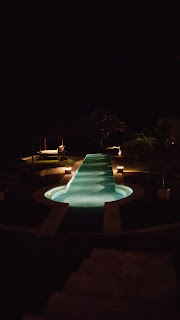 I don’t want to drive myself in Bali, never ever, but it’s really cheap and easy to hire a car with a driver, less stress. So we did a nice tour of the whole Ubud area – the waterfall was a disappointment, the monkey forest was fun. So were some of the local arts’n’crafts shops. Unfortunately, our driver claimed that there were no vegetarian places around for lunch – never mind that we were driving past at least 15 warungs which advertised veggie food while he explained that to us. But probably didn’t get a commission from them … . That’s the one learning, you have to tell them explicitly which shops/restaurants etc you want to go to, otherwise you’ll end up in the tourist traps … . 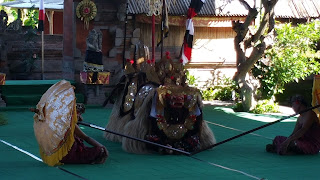 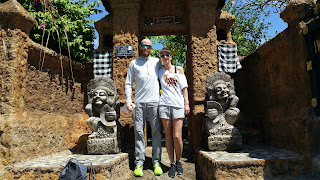 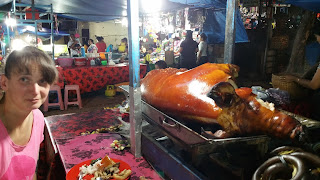 We also visited the night market in Gianyar, what a great place! We had tons of food, dunno what it was, but it tasted great, all of it. Ate enormous amounts on the market and took home some as well, still only spent 6 Euros altogether for the two of us … . 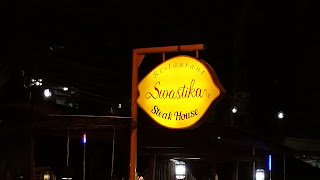 The same goes for Sanur, there’s some nice Warungs around there and way less people than in the „party zones“. We basically spent our days sampling local food, chilling – and I made good use of the gym too. The lovely folks at The Samata even invited us to a Balinese dinner on our last night, thank you so much! And since there was a Swastika supermarket in Sanur, the whole trip definitely gets a Hitler rating of 10 out of 10! 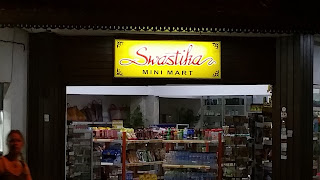 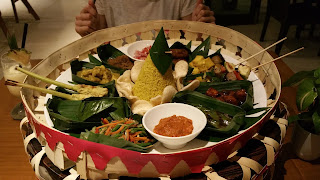 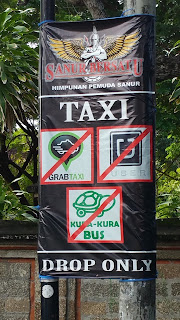 Surprise Balinese Dinner thanks to The Samata! 🙂

In Sanur, it is also illegal to put a turtle on a skateboard! 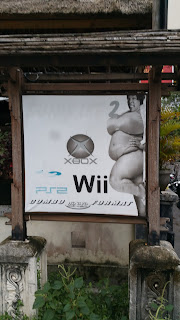 Get fat and die?! 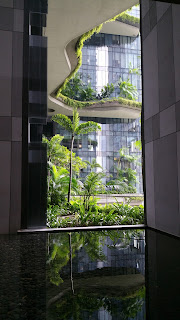 Singapore I’ve visited many times and I always enjoy coming back to this vibrant city. I like the people, the architecture, the gardens and parks, the climate, and of course the food! We stayed, for the third time in a row, at the Parkroyal on Pickering – a fantastic hotel. Take a look at the pictures, look it up on the WWW, it’s pretty close to perfection. And the location rocks, too, right next to Chinatown where there’s some of the best food to be (re-)discovered. 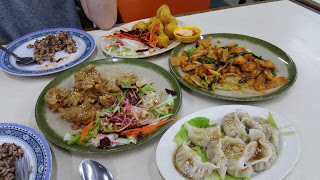 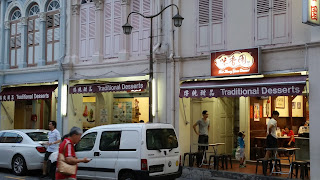 And some fantastic desserts. 🙂 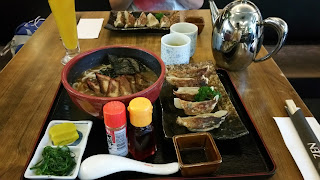 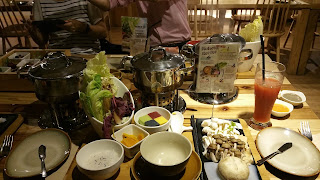 This time I also managed to meet up with some people, in the past we’ve always managed to miss each other when in town. So we got to know some places we probably wouldn’t have visited otherwise, very nice. 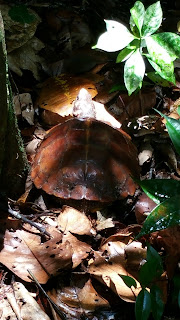 We also did some hiking around the MacRitchie reservoir, a wonderful piece of nature in the middle of the island. It’s hard to believe you’re in a city while walking for hours through the rainforest, surrounded by monkeys and birds and turtles. 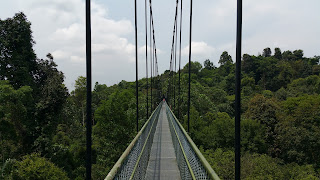 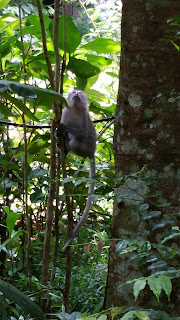