It’s fascinating that NZ is still stuck in the 80s, musicwise. I’ve been coming here for 14 years now and the music that is played in cafes, restaurants, supermarkets is still exactly the same. It’s like the whole country has just one tape. 🙂 Charming!

Our routing was TXL-ARN-SIN-AKL, all business class, so very relaxing flights with lots of food. And binge watching galore, Game of Thrones etc. So time flew, literally and figuratively speaking. Well, TXL to ARN was not really business class, SAS, which is fucked up piece of shit posing as an airline calls it „SAS Plus“ and it means that you pay more and get nothing in return. SAS is all about cheating and ripping off their customers, their employees are too dumb to spell their names rights and they let you know at every corner that they don’t give a shit about you. Actually, this holds true for all staff at Arlanda airport unfortunately. I have never seen so much incompetence paired with lack of motivation anywhere. Take the check-in agent who insisted that the backpack we were checking in (50L, 10kg, which actually fits hand luggage requirements and was only checked in because of stupid „no liquids“ rules) is oversized luggage and needs to be checked in as such. Which we did and they promptly lost it. Because they’re all useless human beings, incompetent, full of shit, and not motivated to provide proper service or do their jobs right.

So much for that. Did I say I fucking hate SAS? 🙂
Well, the further experience was much improved, thankfully. SIA C on the A350 is marvellous, super-wide seats, easily the most comfortable seats I’ve ever had. Other airlines would call this „first class“, I guess. All the other stuff was fantastic, too. Tons of great food, good entertainment, great service. The plane made a short stop in Moscow (DME), you disembark, go through 5 (!) passport checks, and the re-embark after all Russian inspectors have been convinced that your passport is genuine. The second leg, SIA to AKL, was operated by Air NZ and I must say that their C product on the 787-9 is also very, very nice. They have this herringbone seat configuration, which looks strange at first but was actually very comfortable. The seats were much smaller compared to SIA but still super comfortable, nothing to complain about. Food was delicious, too, and then the service fantastic as usual. Alas, this cannot be said of all the passengers in our cabin … there was this elderly Swiss guy, probably slightly demented already, who in the middle of the flight started shouting at a crying infant (and his/her parents) in German … that they should be seated at the back of the plane in economy so that he, as an important business class customer, does not have to suffer the noise. Incredible. And he went on for 10-15 minutes. Very embarassing. His wife was able to calm him down after a while but I think he got lucky in that a) he was shouting in German which most people present didn’t understand, b) he was physically impaired and thus not able to get up and „in your face“ (which he would surely have done had he been any younger), and c) that everybody, especially the parents, reacted extremely well and kept their calm. Had he been on an American airline the plane would either have turned back or he would have been arrested on arrival.

Anyway, we got to AKL shortly before midnight, immigration was a breeze as usual. Bit sad to see that they’ve started to replace their friendly people with machines, too. We get to the baggage carousel, the Reisebegleitung still feeling smug and gloating that her bag will be here whereas mine was lost by SAS … and I say jokingly, wouldn’t it be great if they lost your bag as well … and then we get paged over the PA, go to the counter and learn that indeed, her bag has also been lost by the fucked up people of Stockholm Arlanda airport.
We burst into laughter. The folks at the lost luggage counter were, in stark contrast to their wortless Arlanda counterparts, very helpful. And gave us 300$ cash immediately for emergency purchases.

Next day, we flew to ZQN, picked up our car and headed straight south to Te Anau. Nice late lunch at Sandfly Cafe with some friends, bought some essential clothing items to cover the next days, and then off to Knob’s Flat. That is approximately halfway between Milford Sound and Te Anau, nice cabins in the very middle of nowhere, beautiful and quiet. Early start next morning to donate blood to the sandflies at Milford and for some ocean kayaking in the sound with Rosco’s. Beautiful scenery, nice paddling, but in the last two hours the magic was gone (at least for me) – too many boats and planes. But we saw lots of seals close up (or down *g*), paddled up to a big waterfall etc. So a good day to stretch the legs (or arms). Headed back to Te Anau in the afternoon, very nice dinner at Redcliffs and then, ta-da, the bag of the Reisebegleitung arrived in the evening! This is thanks to the efficient handling of Air New Zealand, thank you very much and also a big thank you to their excellent customer service people on the phone.

Unfortunately, the same cannot be said for my bag, which is still missing. And since all our hiking gear is in that bag, we’re currently hanging around Te Anau doing nothing. We were supposed to head out on the Kepler Track today, but will have to play it by the ear, see whether the luggage arrives in time or not.

Handling for this bag is provided (or not) by „Menzies Aviation“, a company, that must to judge by its performance and attitude to customer service, be a Swedish company. How fucked up is this? First and foremost, SAS still has not managed to get this bag to me although Air NZ have proven that it’s easily possible, even with less time on their hands! Second, Menzies cannot be reached. The worldtracer website does not work, you don’t get any status updates, they don’t reply to emails or text messages and I haven’t been able to reach anybody on the two different phone numbers for hours now. So fuck you, too. 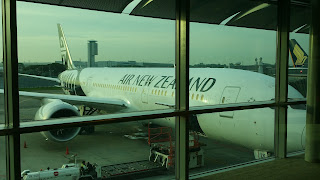 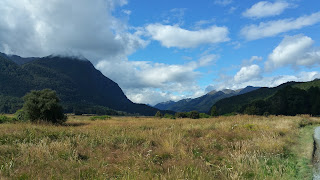 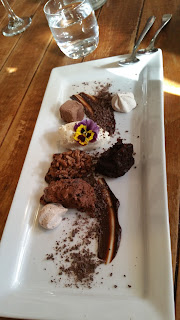 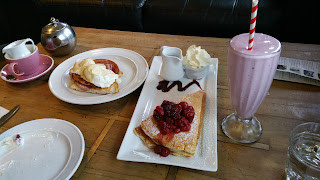