If I had a seagull, I’d name it Steven

2018-01-27 Aus Von christiankohl
So, next stop Stewart Island! Excited, I’ve been to NZ so many times, but never to the third largest island. It has the reputation of being always rainy, muddy, full of sandflies etc etc etc. And the ferry crossing is supposedly nasty. So we drove our fat arses to Bluff on Wednesday afternoon and found a parking spot right opposite the ferry terminal. Well, at least I hope it was a parking spot … there were no signs saying otherwise and lots of other cars parked as well. Guess I’ll know more tomorrow. 😀 The ferry is a small catamaran, the waiting room was a test of endurance and patience. The Stray bus had just arrived and disgorged a number of disgustingly young people. Some of them were, to make things even worse, German. And the worst sort, from Saxonia or Thuringia, brrrrrrrrrr. I still shudder when I think of hearing their voices. The ferry ride itself was very nice, calm, and fast, just under an hour. Stewart Island greeted us with sunshine and friendly temperatures, we were picked up by our host Raylene who runs Glendaruel B&B just up the hill towards Golden Bay. What a nice place to stay! Wonderful gardens, wonderful house, wonderful people, bumblebees and Kererus everywhere, even a red-crowned parakeet. And beautiful sunsets from Golden Bay: 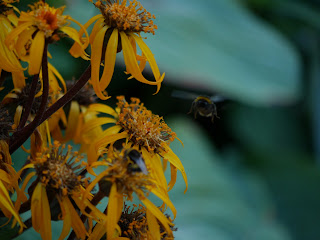 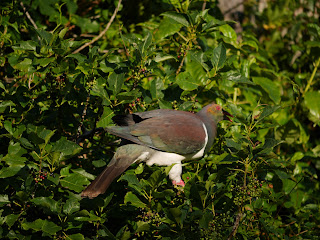 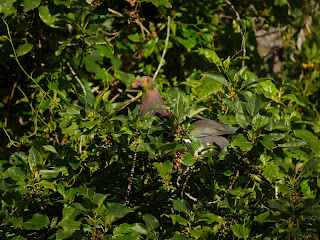 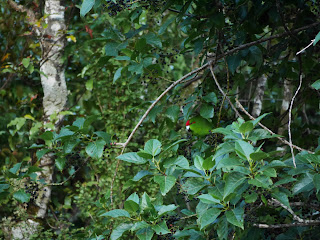 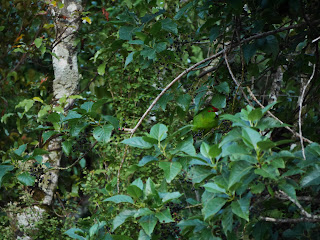 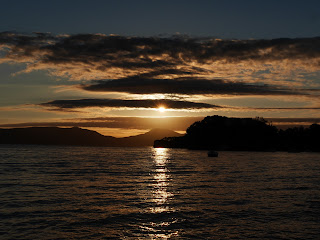 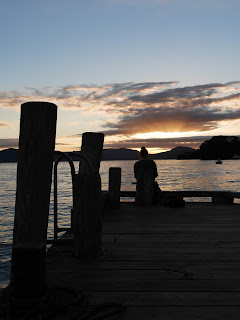 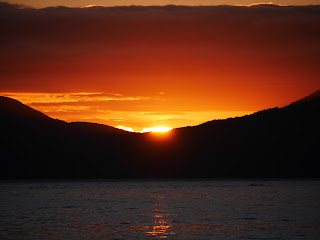 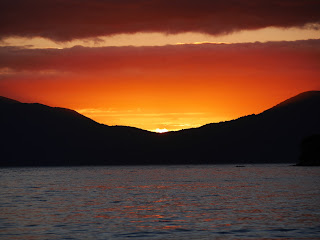 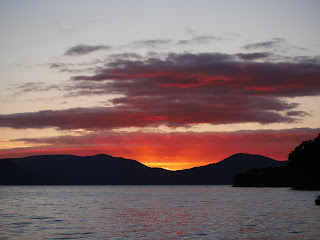 We went to Ulva Island the next morning, on a half-day guided tour with Ulva Guided Walks. Highly recommendable, very knowledgeable guide and only four people altogether. We saw a number of birds on this predator-free island. Robins, fantails, saddlebacks, and kaka among others. Kaka being my favourite of course since they are just as destructive as their larger cousins, the Kea. 🙂 And, to top it off, a nice fat sea lion at the very end. 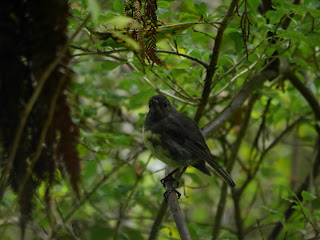 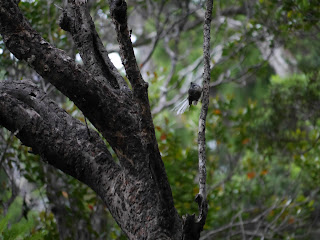 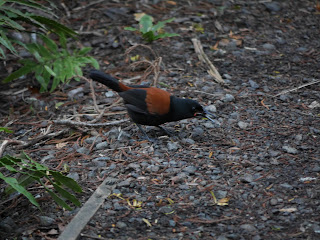 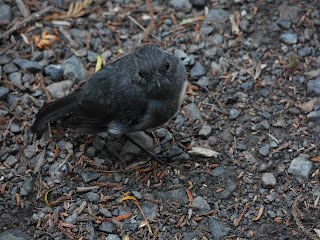 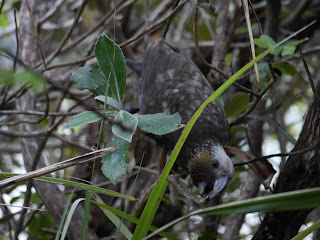 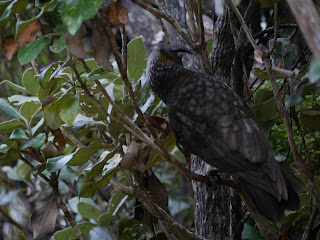 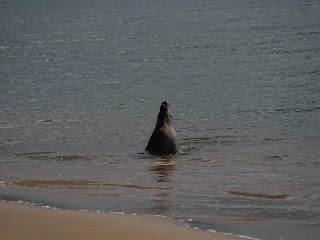 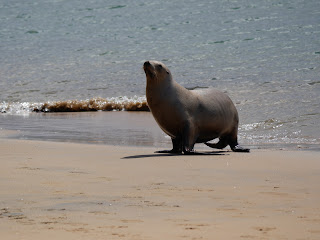 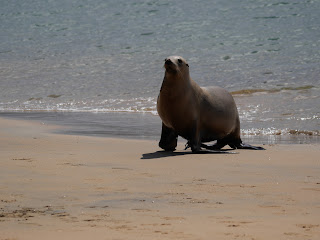 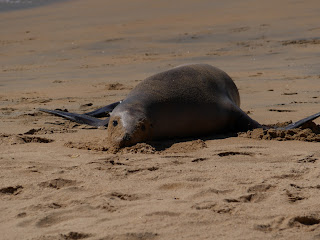