These boots are made for walking

2018-01-31 Aus Von christiankohl
While on Stewart Island it would’ve been criminal not to do the Rakiura track, and since we’re nice people we did of course not want to cause offense. ☺ We did not want to spend a night on the track for logistical reasons though so we decided to do it as a long day walk. 35km altogether, but not much in terms of elevation gain, so totally doable.We started out on the Lee Bay end of the track, which was a wise decision. Wonderful first two hours walking along the coast and the beaches in the morning sun. By the time the heat went up we were already deep into the forest. And what a forest this is! Much richer and nicer than most of the mainland forest, not „regenerating“ but for many parts the real thing. Me likes. The track is extremely well maintained and it had been very dry for the last 10 weeks or so, still there were a few muddy sections … we could only imagine what it would’ve been like in regular, wet weather. But that’s what God invented gaiters for, right?
The next day, our last day on the Island, the weather was a bit so-so, so we so rented so e-bikes and so drove around the so-Island for a fewso hours, checking out the remaining so-sights. Nice that they didn’t have a speed limit like in Germany! So nice cruising along the bays and of course especially up the hills! 🙂 We also managed to spot some muttonbirds who can perform amazing flying manoeuvers, they sometimes almost dip the tip of their wing into the water when doing a tight turn and they also can fold over the tips of their wings, so very much a tilt-wing aircraft, way ahead of the USAF. 😀 Plus a super-nice sunset view right from the window of our B&B’s lounge.
Sunday morning then, back to the mainland on the early ferry, another uneventful ride with a few nice waves and then off to the Catlins, Surat Bay, a place I had last stayed at 14 years ago! 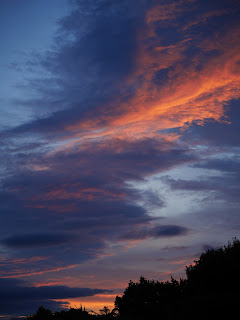 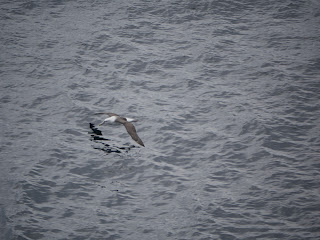 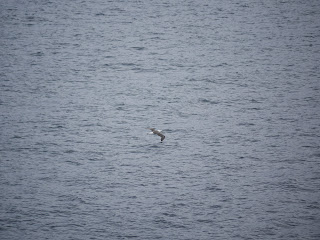