Hamilton? Hamilton! Hamilton? Wtf are they doing in Hamilton? That doesn’t make any sense, logistics wise. True. But I always thought that the traveling salesman should be fucked up his NP-complete arse anyway. It was the Reisebegleitung’s birthday and the NZ Sevens Tournament was on and I’d bought tickets for the finals day as a present. That easy. The tournament used to be in Wellington, for the past 1000 years, which would obviously have been a lot easier. But then they moved it to Hamilton. And I got tickets for the flying Air New Zealand bus and a room in a nice B&B as well. So, brief deviation from the route, we got in Saturday morning, thankfully were able to check in early in our room right across from the magnificient Botanical Gardens in East Hamilton. We walked straight across into town, along the beautiful Waikato River and fell upon the River Kitchen Cafe like a plague of locusts or probably more like hungry wolves. There was this gigantic hole in my stomach and it needed filling. 🙂 After that, to the stadium to pick up our tickets and inspect the many funny costumes in attendance. So it was clear that we needed to dress up as well, we had to improvise from our wardrobe though … so I went as Captain America, naturally, and the Reisebegleitung as my sweet little Zebra. I even got up each time the US team ran onto the pitch and put my hand on my heart. True patriot, making America great again. In the evening, we discovered the wonderful night market, which happens in the Kmart parking lot each Saturday. And it feels like Asia, bit like Indonesia really, rather than NZ. Nice people, nice food! And on the way back, sampled some more ice cream at the Duck Island Ice Cream shop, very yummy and highly recommended. 🙂 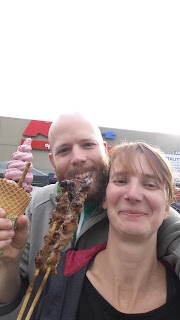 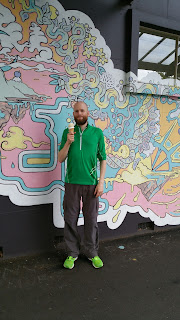 On Sunday, the madness started, we got to the stadium ca 11am, the seats were perfect, in the shade, still close enough to the pitch. And the tournament was great – good rugby, great atmosphere, just a big party with everybody dressing up, going crazy, but staying peaceful. None of the dumb aggression you’re seeing at football games all the time. And thankfully they have not invented „Ultras“ down here. There were definitely more Fiji supporters than NZ supporters around and one of the first matches was Fiji vs Tonga and the crowd went absolutely wild. Fiji even won the tournament in the end vs South Africa, after eliminating NZ in the semis. But the best consistent performance came really from the US team, they went unbeaten on the second day and claimed the Challenge Trophy. (Der Modus is super kompliziert, so eine Art Doppel-KO System mit ein paar Twists … .) Too bad they didn’t come 1st or 2nd in their group on Saturday.
The whole thing was so super relaxed, you were allowed to leave and enter again, so we could pop out into town for some lunch in between, security was chilled out, as were the people. And the Dalmatians were sad at the end of the day, though nobody knows whom they supported.

Monday morning then an early flight back to Wellington to pick up our car and continue our travels. 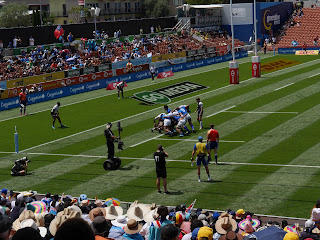 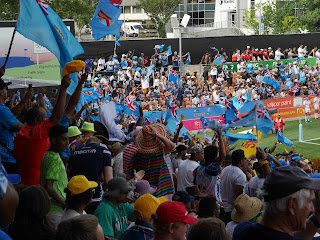 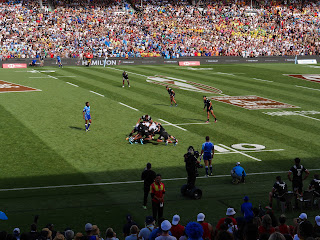 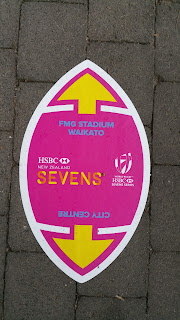 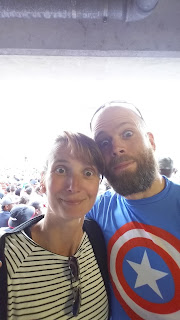 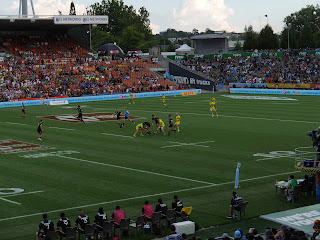 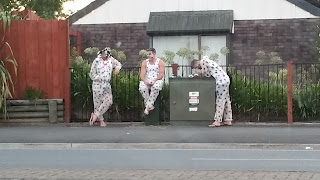