Easter happened quite early this year. And we’d made the decision to go visit the good old British Empire for one last time, before they depart from this world and move to their own fantasy reality. 😀 So, off to London on Friday, and of course it was raining. More or less all the time. But who cares? Because we had umbrellas and we’re made of steel, not sugar. 😀

We spent Friday and much Sunday perusing records and bookstores, travelling all over London, as requested by the Reisebegleitung. Lovely breakfast at one of my Soho favourites, Cafe L’Eto. Very nice hot chocolate at the Dark Sugars Chocolate House in Brick Lane, great coffee at Climpson’s Coffee Bar at Spitalfields Market and an Monmouth Coffee in Monmouth St and of course the lovel Department of Coffee and Social Affairs. The culinary main event was a visit to Ottolenghi at Spitalfields for a very extensive and super delicious Sunday breakfeast. Wonderful. 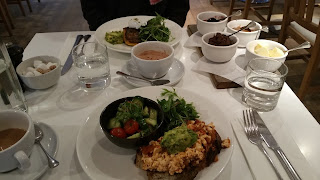 The main event was of course Saturday evening – the reason why we’d chosen to come to London after all: Ned’s Atomic Dustbin at the Shepherd’s Bush Empire. A-fucking-mazing, one of my favourite bands from back when I was young, right after the Great War. Great show, great sound, fantastic time. And a beautiful location, built in 1903, very well kept, friendly staff. And nobody was smoking in there, so we could actually enjoy the concert! Plus tapwater is free, so no need to pay 10 Euros for a small glass of water like in Berlin. Thank you very much for that!
Quite a contrast to the Thursday before, we went to see The Toasters at Cassiopeia and left after 4 songs or so, couldn’t breathe anymore. I want to torture and kill all smokers. The only way to clean up this city is kill them all and show no pity! 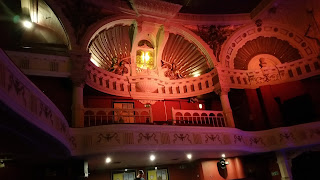 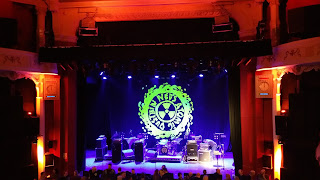 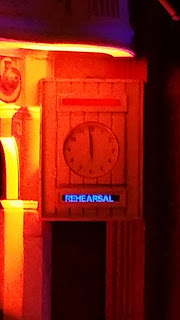 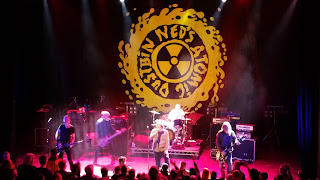 The second Stourbridge export, The Wonder Stuff, wasn’t really our cup of tea … didn’t like the voice of the singer. 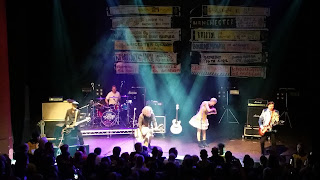 Back to the Uk though, we went to Brighton on Sunday because the Reisebegleitung very much wanted to see the famous „sea bath“ and the pier. So, we went, we saw, we were disappointed, we left early next Monday. Very much like a poor man’s Disneyland in many areas, sure, some nice alleys in the Lanes area, but nothing that excited us too much. Plus, or rather Minus, the culinary scene is definitely not living up to their promises. We were quite disappointed by the cafes and eateries and with the hospitality services in general. I mean, a hotel where you can’t check-in before 4pm? Wtf? And where breakfast starts at 9am? And it takes them 1 hour to serve you breakfast? Not good enough. Biggest let-down was Sunday night’s dinner though. We went to Terre a Terre, which supposedly is „the best vegetarian restaurant in the UK“. Well, I don’t agree with that. Not at all. So, first of all, they were severely understaffed, service was really poor. The Reisebegleitung never had a chance to order a second drink for example. And the food, well, the food was not bad. Not at all. Perfectly ok. But nothing more. And given the prices and the expectations their raising with their menu, that was not good enough. It certainly fell short of our expectations and it definitely felt like they were punching above their weight class. So, thank you, but no. I cannot recommend this place. 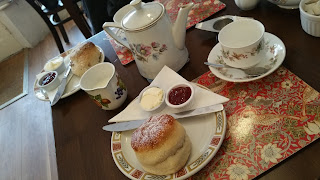 One way to run a poll: 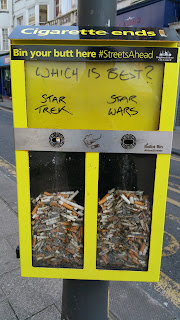 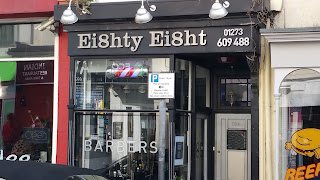 But seriously guys, what is it with the Nazi Barbers? 😀 😉