Last call. We spent two nights in Rockingham, enjoying the enourmous pier (1.8km long), watched the parrots battle it out with the seagulls on the beach, fantastic sunsets at the pier as well as the lovely Cape Peron. Plus nice waffles at the Eye Scream Cafe. But we were mainly in town for hiking in Serpentine NP, which is just a short drive away, and well worth the visit. Probably much more beautiful even in springtime, but then again, we were nearly alone on our hike up to the bluff, over to Kitty gorge and back to the falls. Saw lots of birds too and some very interesting beetles. 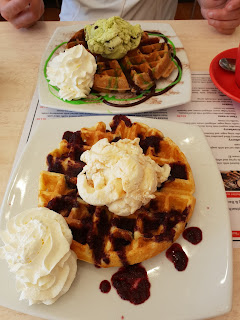 After that, we were off to Perth for our final 6 days. Kalamunda to be more precise, staying a few k out of town at the wonderful, lovely, fantastic Treetops Cottage. Perfect stay! Clean, comfortable, spacious, super friendly, quiet, convenient … I could go on for hours. Plus a lovely garden with a family of quendas (bandicoots) that were very cute and extremely interested in out BBQ and lots of parrots of course visiting us on the balcony – lorikeets, galahs, 28s … I think I even saw a king parrot, but not sure. Other visitors included a bunch of ants who had decided to use our pile of to-be-washed clothes on the bathroom floor as their future habitat. But being German, we are well versed in all matters relating to extinction and genocide of course and gassed the room. Problem solved by the wonders of modern chemistry.

We’d chosen Kalamunda because there’s lots of hiking nearby – we went to John Forrest, did sections of the Bibb track in Kalamunda NP and in Beelu NP / Mundaring Weir, and enjoyed the Mundy regional park (which is full of giant killer ants who attack you the moment you set foot in the park). And of course we had to go to Rotto (aka Rottnest Island) to see the quokkas. The Reisebegleitung was adamant, so we took the earliest ferry on Thursday morning, rented some ebikes and went hunting. Well, turns out you don’t really have to hunt, there’s plenty of the little fellas around and some of them even lurk at the side of the road clearly expecting someone to feed them. Very cute. Also saw a sea eagle, some lizards, and of course parrots and pidgeons, plus silly sunbathing seals. And it turned out that Chris Hemsworth was there on the same day with his buddy Leo Di’Caprio. Unfortunately, I didn’t get to meet them, otherwise I would have asked Chris whether he could show me his hammer. 😀 😀 😀 But the Internet tells me that he had fun playing with quokkas and so undoubtedly earned his salary from Tourism WA. 🙂 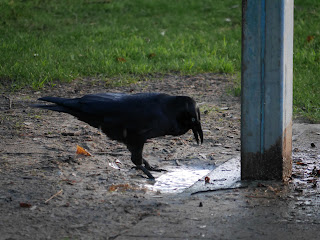 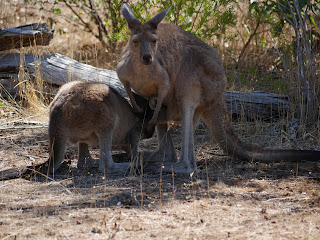 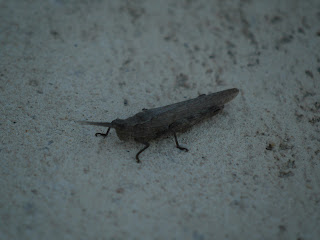 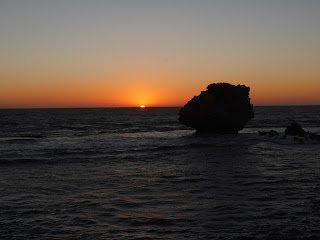 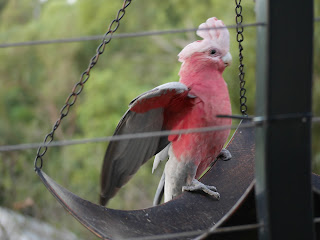 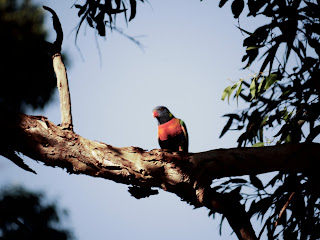 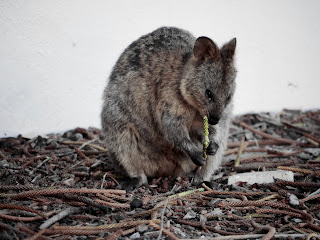 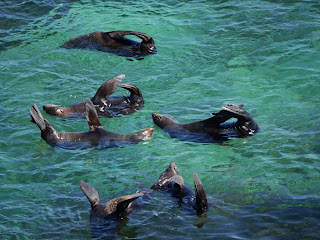 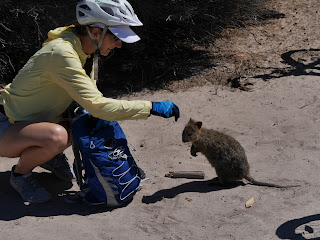 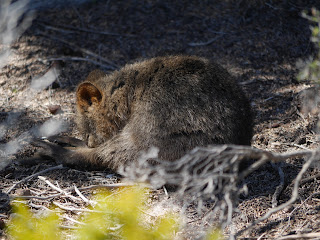 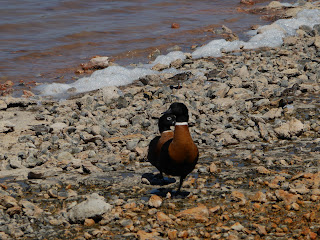 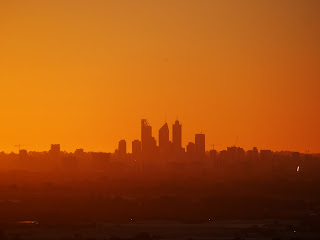 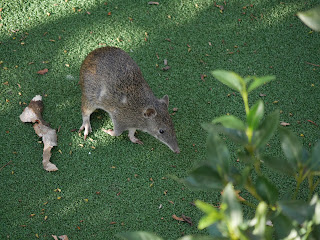 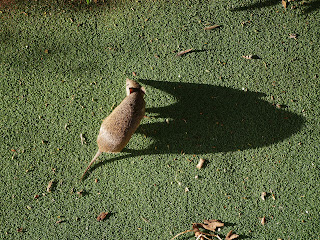 There’s lots of good quality food around Fremo and Perth and Kalamunda, we especially enjoyed Bread in Common in Fremo and the Haynes Street Larder and Mason & Bird in Kalamunda. Plus various stalls at the Friday night market in K-town, Dolci di Clara makes heaven-sent cannollis … . Not so enthusiastic about the Botanic Garden cafe in Perth though, rather bland, I’m afraid. 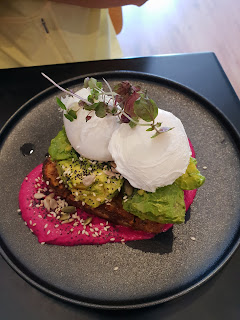 Perth itself is a nice city, I can see why people like it. Rivers, ocean, beaches, hills, lots of space, good climate, some nice architecture, and beautiful parks. We enjoyed the Botanic Gardens and the great views from up there. Only downside: Just like in Boston, drunk homeless guys dislike my hat. Mystery.

On Sunday morning it was off to Singapore then, fortunately just a short hop (4:45 mins). Fortunately because a) short flights are always good, b) we stayed in the same timezone and enjoyed Singapore without jetlag for the first time, and c) it was a really old plane and the cabin crew was also not quite up to their usual standards. But still perfectly ok. We were also fortunate that we could check into our hotel immediately. We wanted to try sth different this time and stayed at the Hotel Fort Canning. Which was fine, but we’ll probably go back to the Parkroyal on Pickering next time. Staff was great, as was location and mattress etc. But some details that you simply expect at this level just didn’t add up. Like no bathrobes, like just a sliding, semi-permanent bathroom door, like no power outlets unless you unplugged the lamps and phone. Nothing to really worry about, but still not good enough to earn the highest marks.

As usual, food hunting was high on our list, we had a great dinner at Eight Treasures Vegetarian on Sunday and then we kept a great tradition going by having dinner with our friends on Monday, this time at The Botanic – fantastic food! Also on the menu – delicious local desserts at „Honeymoon Desserts“ and of course the wonderful ice cream at Gelatissimo! And green tea almond croissants at Tiong Bahru Bakery! And Valrhona Iced Chocolate and waffles at Craftsmen Coffee. 🙂 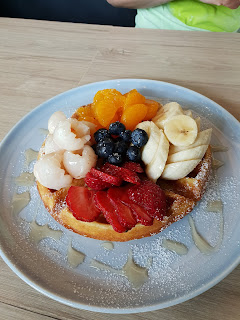 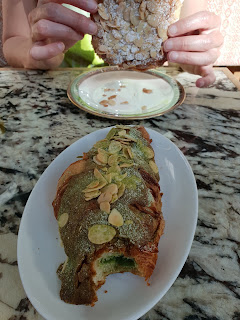 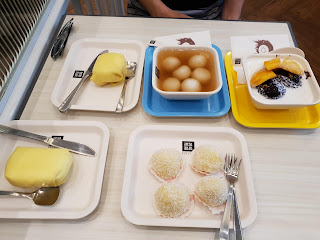 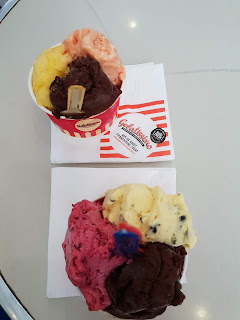 What most people don’t seem to realize is that there is lots of green in Singapore as well and we found a really nice little walk from Kent ridge via the tree top walk, Hort Garden, Alexandra Rd, the forest walk, Telok Blangah, Mount Faber down to the Harbourfront. Fantastic, so much green, great views, you would not think you’re actually in a city: https://www.komoot.de/tour/58957804?ref=wtd. Just take plenty of water! Another thing I learned is that not all tourist attractions are boring – we went to the Acquarium and enjoyed it very much. Who would’ve thought? Bit sad of course knowing that all of these creatures will be gone in a few years thanks to pollution and climate change. 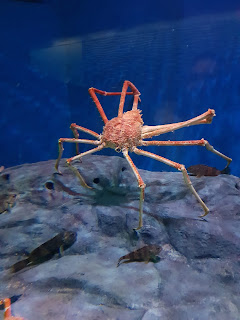 Another great tradition that has developed over the years is that we always seem to be in Singapore for the launch of one of the MCU movies, this time it was Captain Marvel. So we changed into our Arctic expedition gear and braved the subzero world of the Shaw IMAX again – great movie. Even though I don’t like cats. We topped off the whole day with a river cruise in the evening, took a shower at the hotel and then headed to the airport to catch our flight to Zurich. Swiss C this time, and boy, much nicer than LH C. The food was exceptional, service too. And on time of course. We even had enough time to stop at Sprüngli before hopping onto the connection to MXP. At MXP, more ice cream before our final leg and then back in Berlin in the afternoon, back to cold, bleak Germany. But no lost luggage this time, even Terminal C in Tegel delivered, relatively fast even, to our surprise. 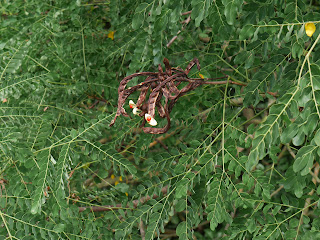 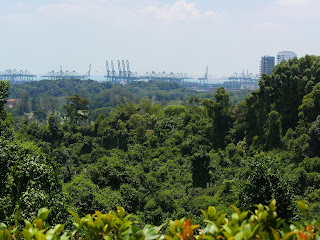 I’ll post a bunch of pictures later this week.