I was in such great spirits just 16 days ago. That was before my little furry friend tore his crucial ligaments and meniscus in both hindlegs at the same time. Argh. Nobody knows how he managed to do that, it is certainly another unique achievement by his lordship. But here we are now. First surgery 10 days ago went well, healing is good so far, threads to be removed today. Second surgery to be scheduled hopefully December. But Wooster is already super restless, alas won’t be allowed to move too much for the next few months. Plus we live on the fourth floor of an Altbau, no elevator, so a really nice workout three times a day to carry him up and down for business. And it’s all totally worth it, he’s sooooo cuuuuuute, of course. Even paying through the nose for the surgeries and stuff, I don’t really mind that. (4K € for 2x TPLO, in case you’re interested. :-/ ) The only thing that really pisses me off that we will have to cancel our long planned trip to NZ in January, because, well, we can’t really hand him off to someone else during rehab. Double bummer that the insurance does not cover this particular case. Argh again. But hey, at least the two of us get to spend a lot of time together. 🙂 And we continue the merging of personalities. 😀
Cheerio, Lord Wooster! Get well soon and conquer the world with the new super bionic legs! 😉

Very hungry dog protesting the lack of food in his life: 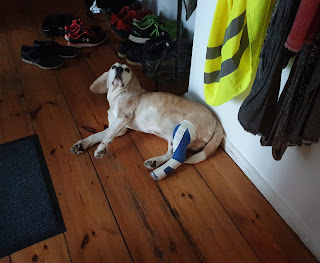 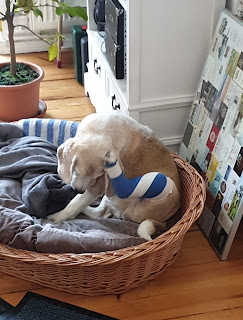 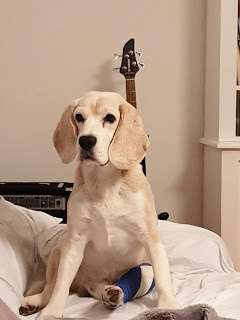 Even more pissed off dog, clearly unhappy with the collar of shame: 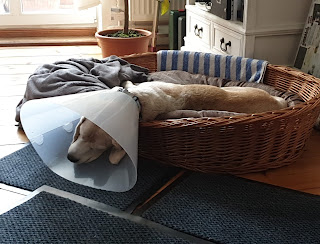 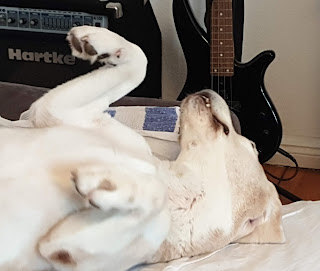 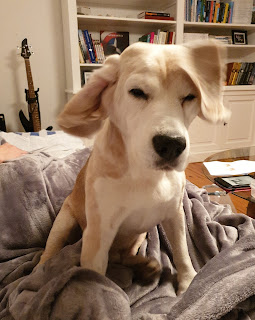 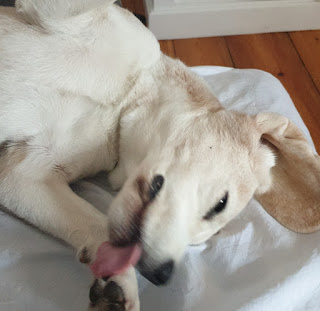 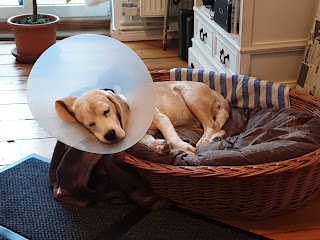 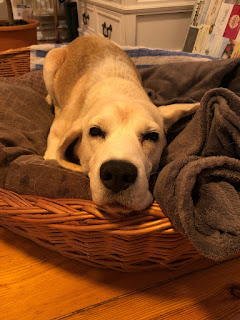 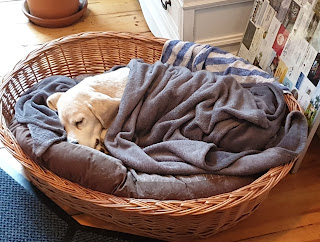 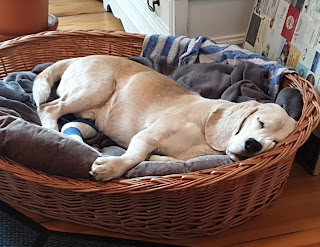