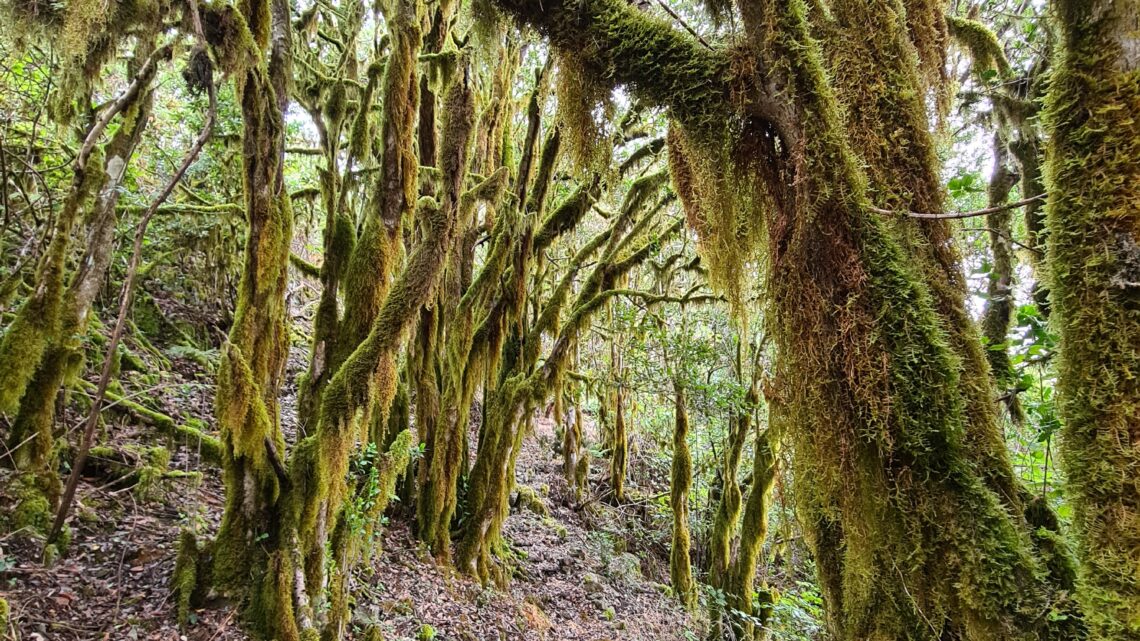 Fortunately, there are no direct flights from the mainland to La Gomera. Fortunately, because I think that’s what’s saved the island from suffering the same fate as Tenerife for example. It’s a striking difference – the big hotels and apartment blocks, high rises on Tenerife and the mostly provincial, relaxed feel on La Gomera. We were super glad when we finally got out of the shitty Eurowings plane. TFS airport is efficient and certainly much better than BER, short way from plane to baggage reclaim, our bag was already on the belt, and off we were. Took a taxi down to the ferry port at Los Christianos and collected our ferry tickets from the Naviera Armas counter (foreigners have to collect in person and connect check in online … ). Since we had a few hours to kill, we walked around the coastal strip a little bit, enjoyed the sun, had a nice lunch, and watched the rather complicated maneuvering process the cars had to undertake to board the ferry. 😀 Luckily, it was rather more straightforward for humans. The ferry itself is huge, enough space, especially outdoors. It only takes an hour, so a nice little cruise in perfect weather to chill out from the ugly flight. Got to San Sebastian in the afternoon and mastered the gruelling climb up the cliff to reach our hotel, Parador de la Gomera. It’s a very nice hotel, spacious rooms with sunrise sea views and helpful staff. They also stashed our extra bag so we would have some clean clothes waiting for us when we finished our trip. The restaurant is not that great, so I would recommend eating „downtown“ instead.

The first section of our trek was also the hardest, simply because there is nothing between San Sebastian and Hermigua. So unless you shorten the distance by taking a bus or taxi, you simply have to hike it. But it’s still perfectly doable, just make sure you take your time, take some breaks, enjoy the landscape, and most important bring enough water. There is nothing in between, no food, and especially no water. There is also very little shade, so take plenty and wear clothing to protect yourself from both infrared and UV rays … . It’s a very beautiful stretch though once you have escaped San Sebastian and left the road after the roundabout. In the first hours it’s very dry, rocky, but with good coastal and mountain views. Later on, there’s more forest and you are rewarded with great view of Hermigua valley and the mountains beyond. The path itself is well-marked, can’t miss it really and not difficult to walk. Just very long with a few up-and-downs. 😀